Much of Duke Forest was abandoned farmland at the time of its purchase. Over-worked and eroded by the effects of wind and rain, the soils had lost many of the life-giving nutrients necessary for the survival of healthy crops. As it became increasingly difficult to eke out an existence, many farmers dropped their plows for good and moved into the growing cities to work. Open expanses of gully-marked, weather-beaten fields remained.

How is it that barren farmland was able to become the forests of today? The answer lies in a process known as succession, a natural pattern of ecosystem change that takes place over time.

Succession in the North Carolina Piedmont

Vegetation follows established patterns of regrowth and change after disturbances by farming, timber harvesting, hurricanes or fire. This process of patterned regrowth and change is called plant succession. The rate of succession and the species present at various stages depend on the type and degrees of disturbance, the environment of the particular sites, and the species available to occupy the site. In the Piedmont of North Carolina, land subjected to disturbances will grow back in a century or two to become mixed hardwood forest.

Succession on abandoned fields is rapid, and tree seedlings are often apparent within a year or two after abandonment. Crabgrass and a mixture of other short lived herbaceous species dominate old fields the first year. Within the next year or so, they are replaced by larger herbaceous species such as Queen Anne’s lace, asters and broom sedge. Blackberries, sumacs and other shrubs appear about the third year after abandonment, by which time tree seedlings are also becoming well established. Due to the rapid growth of the seedlings they quickly become prominent and normally dominate and begin crowding out herbaceous plants in less than ten years after field abandonment

As soon as pines become dominant in a stand, they drastically change the environment beneath them. The most significant changes are a great decrease in the amount of light reaching the ground and a much greater use of soil water by the trees. The combination of these and other factors makes it impossible for most of the pines to reproduce and grow in their own shade. Thus, other species that can tolerate these conditions begin to grow under them and set the stage for the next step in succession. In Duke Forest, various hardwood species normally develop under pines and other early successional species and eventually replace them.

Once the pines gain dominance on old field, they remain the dominant species until they are removed by cutting or die of disease, insect attack or old age. The normal life span of the southern pines in this area is 80 to 120 years. At that age they begin to die naturally or become highly subject to attack by insects or disease. The southern pine bark beetle, which in the mid-1970s aroused much concern in Durham and Orange counties, has probably always been a significant force in killing over-mature pines and allowing succession to proceed.

Pines are not always the dominant species in the first stages of forest succession following disturbance. If the disturbance was from timber cutting or fire, the roots of hardwood trees may still be intact and alive. Many of the hardwoods are able to send up vigorous, fast-growing sprouts from their roots. These sprouts can rapidly form another hardwood forest stand of about the same composition as the one removed. Many stands of small-diameter hardwoods without large pines among them are probably of this origin.

Whatever the origin of a forest stand, its species composition will depend on the environment of the site where it is growing. The northern North Carolina Piedmont is considered to be part of the oak-hickory climax forest formation. This means that the final, most stable stage of succession over most of the area should consist of a mixture of various species of oaks and hickories. This generally is true of Duke Forest on upland sites. However, lowland sites along creeks and steep north-facing hillsides, support self-sustaining stands of other hardwood species.

Succession is a continual, never-ending process – the forest ecosystem is in a constant state of flux. Natural disturbances like a storm or fire, will clear an area and the successional process will begin all over again. 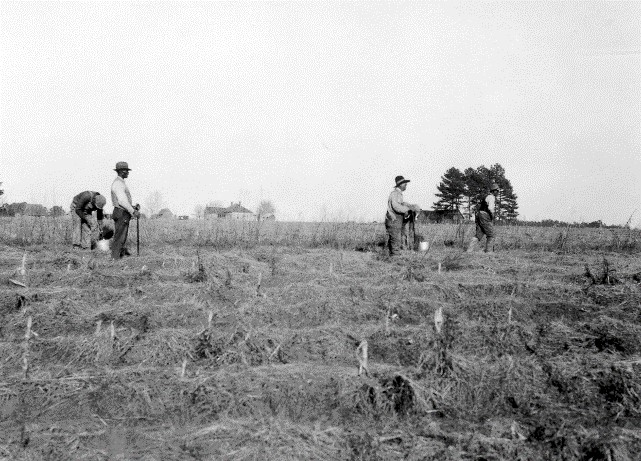 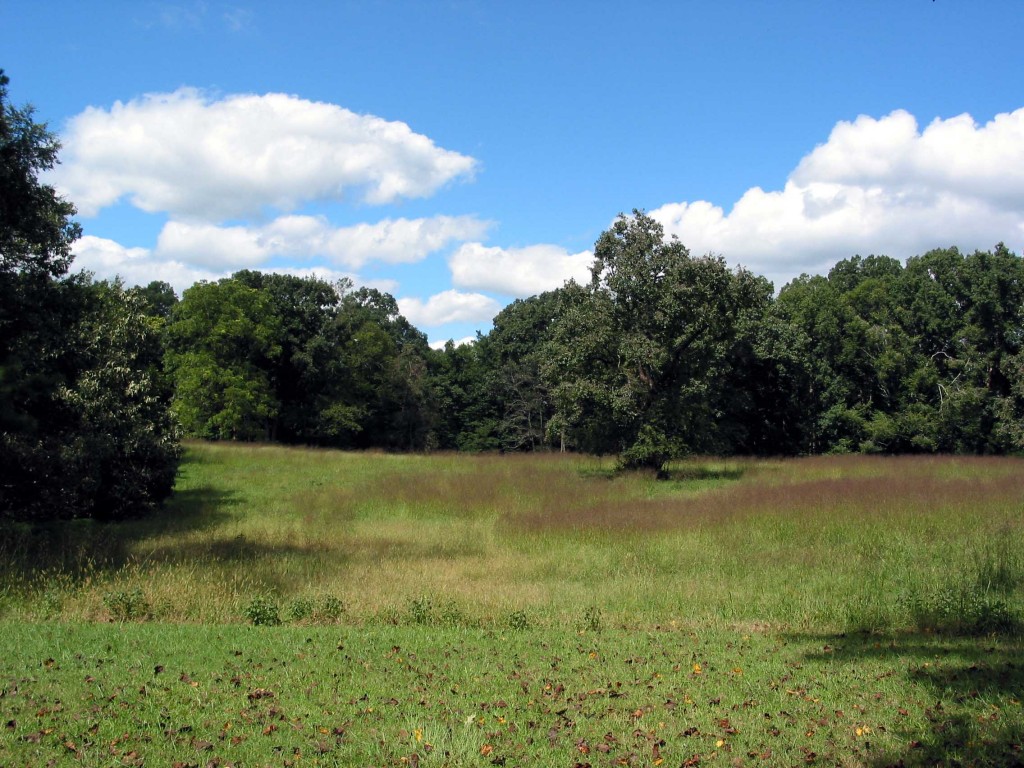