Access to online data from our Blackwood Division weather station can be made available to interested researchers and educators upon request.

Much of the Forest exhibits rolling terrain. Elevations range from 300 feet above sea level in the Durham and Korstian divisions to 760 feet on Bald Mountain in the Blackwood Division. 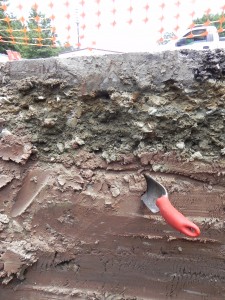 This is a soil pit on campus that was dug to observe the soil layers.

The soils of the southern Piedmont are derived from diverse and ancient parent materials, including granite, granitic gneiss, metamorphic rock of the Carolina slate formation (from which Duke West Campus buildings are built), Triassic sedimentary rocks, and basic ignaceous intrusives, all of which are well represented on the Duke Forest. Soils within the Forest belong to some of the most common soil series found in the Piedmont: Georgeville, Herndon, Tatum, Goldston, Whitestore, Creedmoor, Chewacla, Appling, and Cecil. Most of these series have been substantially impacted by an agricultural past and are characterized by relatively coarse-textured surface soils (sandy loams to loams) with an underlying fine-textured clayey layer. Many of the residual soils that are derived directly from underlying bedrock are many meters deep. A Georgeville series soil on the Durham Division, which was intensively studied in the 1990s, was determined to be nearly 30 m in total depth over unweathered, solid bedrock. Such deep soils result from extreme weathering conditions that have affected the southern Piedmont for tens of millions of years.

The Office of the Duke Forest maintains a collection of USGS topographic quadrangle maps, county soils books and GIS data which show the various soil types and topographic contours that exist on the Duke Forest. These materials can be made available upon request to researchers and educators. 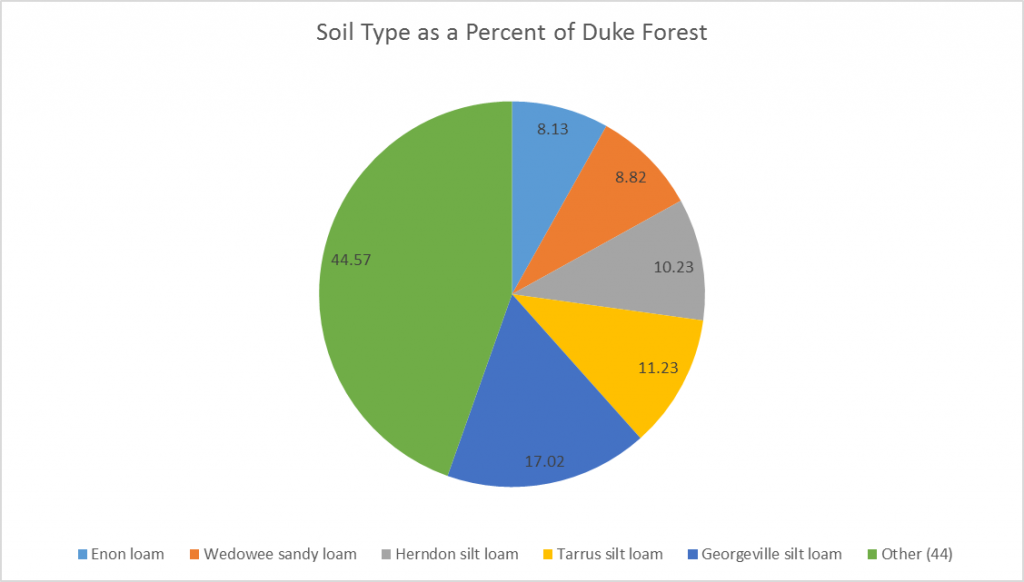 Soil Types as a Percent of Duke Forest 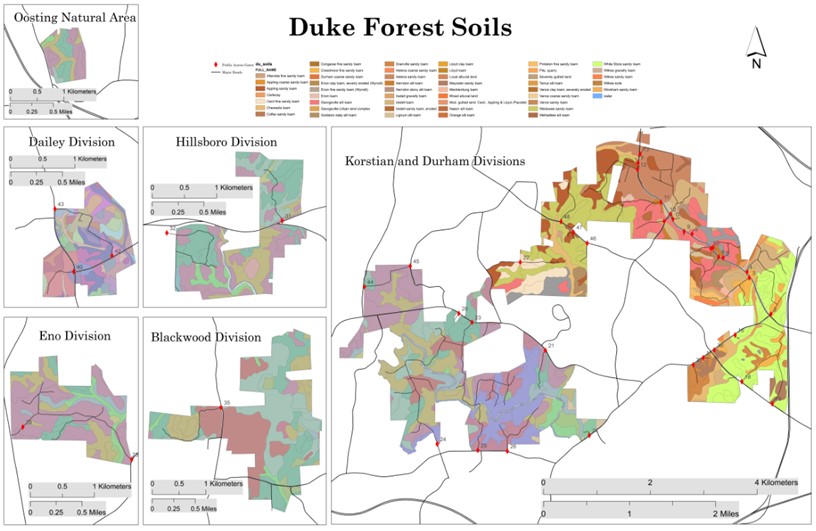 Map of Soil Types in the Duke Forest